The event “Fashion Parade 2014” will be organized by Mustang Productions and Encyclomedia. This is the first fashion event of its kind to offers a platform for Pakistani fashion designers for the promotion of their products to the world of fashion. 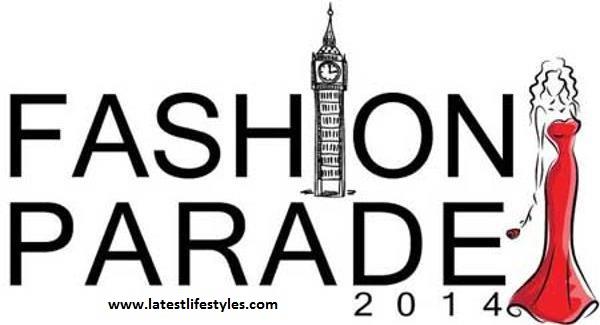 Pakistan’s one of the most famous and leading fashion designers will be showcasing their traditional and luxury dresses collection on the ramp of Fashion Parade 2014. The designers name includes Faiza Samee, Ayesha Hashwani, Nomi Ansari, Zara Shahjahan, Seher Tareen, Bareeze, Aashni & Co and Nazneen Tariq. The fashion designers will be presenting their couture dresses with a stylishness philosophy of carrying in a combination of the eastern and western dresses scheme viewpoints.

Imran Mirza, Pakistani High Commissioner appreciate this first initiative to promote and introduce Pakistani fashion in the UK. He said: The Fashion Show provides a platform for designers to introduce their work in UK and help promote trade relations between the two countries. It represents a fusion of both, East and West, thus, bringing both the British and Pakistani communities together to celebrate.

Sadia Siddiqui, CEO of Mustang Productions says related to promote Pakistani fashion and tradition in the United Kingdom. She said: I felt London lacked the serious platform where South Asian designers could be effectively promoted amongst the members of Pakistani, Indian and British business, media and fashion community.

Ammara Hikmat, CEO of Encyclomedia appreciate the event. She said: We want Fashion Parade to set new standards for Pakistani fashion shows that are held abroad. Most of the mainstream media is not even invited and hence Pakistani couture’s exposure is limited to a foreign buyer’s word of mouth. Encyclomedia wants to change this underselling of Pakistani fashion and give it the same prestige through Fashion Parade’s platform which it deserves.