Pakistan’s one of the biggest and renowned television channel HUM TV proudly presents its latest production, named “Bin Roye” which has been scheduled to launch on Eid-ul-Fitar this year.

The story of new Pakistani movie Bin Roye is based on childhood love of Saba (Mahira Khan) with her first cousin Irtiza (Humayun Saeed). They loved each other since childhood. Saba sister Saman (Armina Rana Khan) is adopted by Saba’s uncle. He adopted her when she was just 2 years old. Unfortunately, Irtiza and Saba love story broke and he married to Saman. 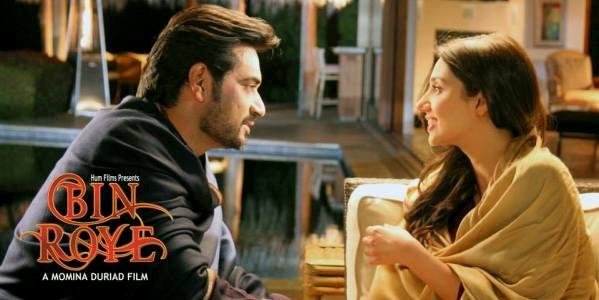