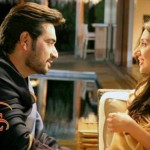 Pakistan’s one of the biggest and renowned television channel HUM TV proudly presents its latest production, named “Bin Roye” which has been scheduled to launch on Eid-ul-Fitar this year. The story of new Pakistani movie Bin Roye is based on childhood love of Saba (Mahira Khan) with her first cousin Irtiza (Humayun Saeed). They loved each other since childhood. Saba ... END_OF_DOCUMENT_TOKEN_TO_BE_REPLACED 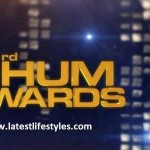 Latest Lifestyles welcome to its viewers on 3rd HUM Television Awards – Viewers choice Awards which will be on aired very soon only on HUM TV. Here you can post your votes by posting your comment at the bottom of this page. 3rd HUM TV Awards 2015 Here we are sharing complete nominations list from 7 categories that are listed below. ... END_OF_DOCUMENT_TOKEN_TO_BE_REPLACED 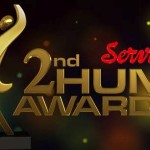 After getting the very good response from 1st HUM TV AWARDS 2013, now HUM Television proudly announce the second Servis HUM Television Awards withe the collaboration of Servis Industries Limited in which Pakistani actors from HUM Network will be nominated and got awards after the viewers voting and judges decision. Here are nominees list for Public opinion choice who will ... END_OF_DOCUMENT_TOKEN_TO_BE_REPLACED