Ex-Lollywood actress who is now working for Bollywood industry Veena Malik has won the hearts and minds of millions of people around the world. After the long love story with Indian actor Ashmit Patel, veena malik is in the making new love relationship with Norway based Billionaire Shaikh Umar Farukh Zahoor who had different businesses like Gold, Mining and Property. 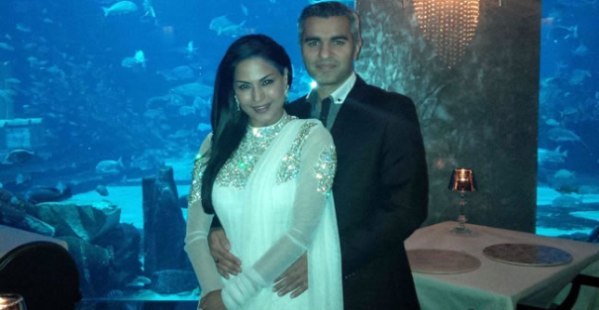 Their real love is proved when Veena Malik visited Ajmer Sharif in Jaipur where she offered a prayer for family and close friend and same day her boyfriend visited at Mecca Madina where he offered prayer for Veena Malik. Shaikh Umar Farukh Zahoor is now the list of Veena Malik lovers.