Pakistan Cricket Team ex-sportsman Wasim Akram announced yesterday that he had married with his Australian girlfriend Shaniera Thompson. The Wedding ceremony is celebrated in Lahore.

I married Shaniera Thompson in Lahore last week in a simple ceremony and this is the start of a new life for me, my wife and for my kids. She has embraced Islam and is learning our language. She has been close to my sons and they form a very good bond. I’m very happy and start new life with Shaniera Thompson. 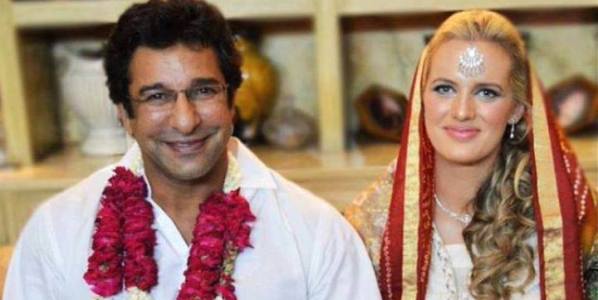 Wasim Akram first wife Huma died in 2009 after multiple organ failure. He is the father of two baby boys. Wasim Akram was also highlight in the news headlines about an affair with Indian actress Sushmita Sen but he denied those rumors.

Thompson came to Karachi earlier this month before going to Lahore to see Wasim’s ailing father, where the marriage was solemnize.

Shaniera Thompson came to Karachi last month before going to Lahore to see Wasim’s ailing father. The wedding ceremony is celebrated in Lahore in a simple traditional way.

Wasim Akram said Shaniera Thompson had converted her religion to Islam and is learning Urdu.